Archive for the category “Kuala Lumpur”

A postcard from Malaysia, sent by Yip Hin Wai.

At the back, Yip affixed one 50 sen stamp that shows All Saints Intermediary School in Kota Kinabalu, Sabah. The postmark date is 3 June 2013 and the location is National Mail Center. Thanks a lot Yip!

Another FDC from the Traditional Livelihood issue that I sent to my home address in Canada while I was on summer vacation in Malaysia.

On this FDC I affixed another four stamps from the issue. Pos Malaysia issued nine stamps altogether for this issue. Now I have two FDCs from this issue with complete nine stamps. This FDC was posted from Gombak Post Office, Kuala Lumpur. Similar like my entry #354, this FDC also has two types of cancellations – the special cancellation for this issue and also the usual National Mail Centre postmark.

This is the back of the FDC. You can see inks from other cancellations here.

I sent an FDC while I was on vacation in Malaysia last summer to my home address in Canada. 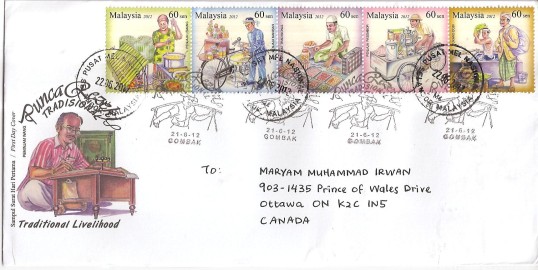 The FDC is about traditional livelihood in Malaysian society. The stamps of this issue are beautiful and colorful. On this FDC I affixed five stamps from the series. There are two types of cancellation applied. First is the special cancellation for the issue that depicts a traditional rice seller carrying a long stick on his shoulder. The cancellation date shown here is 21 June 2012 and the location is Gombak Post Office in Federal Territory Kuala Lumpur. The district of Gombak was originally part of the state of Selangor but a part of it was incorporated into the Federal Territory when Kuala Lumpur was separated from the state of Selangor. The second cancellation is the ordinary National Mail Centre postmark. The date shown here is 22 June 2012. 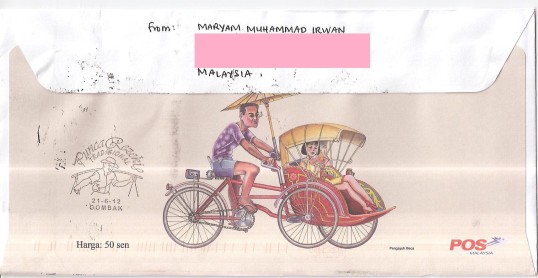 This is the back of the FDC. 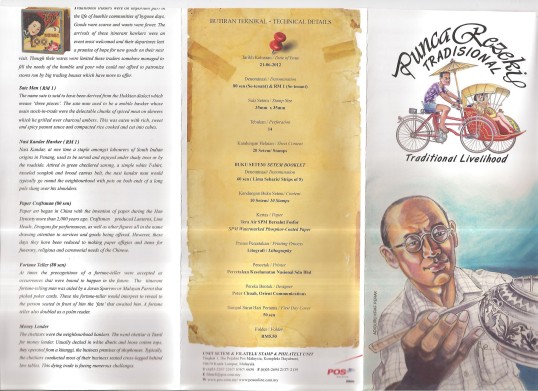 Here is a pamphlet containing details of the issue. 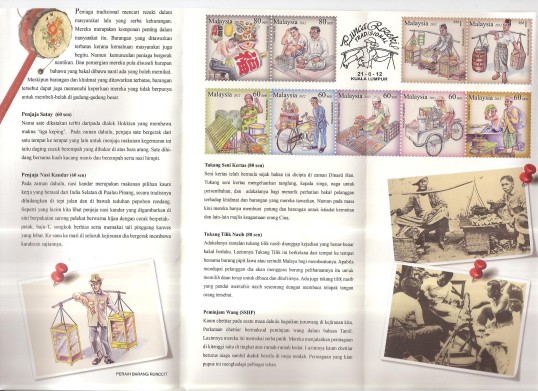 This is the other side of the pamphlet. 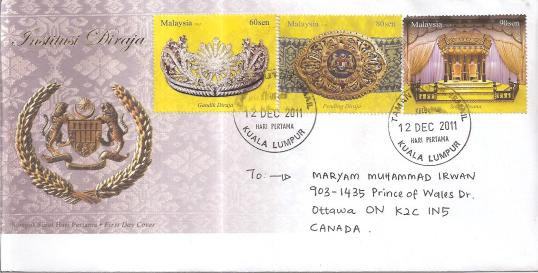 I was too lazy to get the special postmark from the District Post Office, so I just asked the post officer at my mini post office to use the ordinary postmark.

This is the information about the special issue. 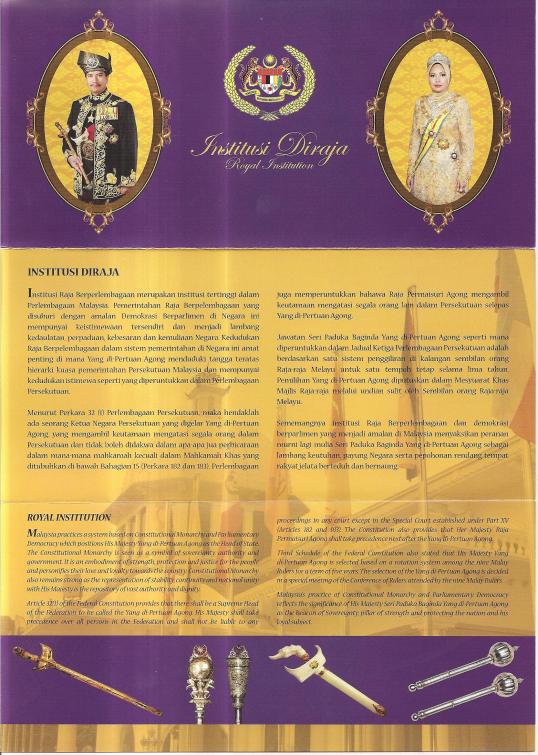 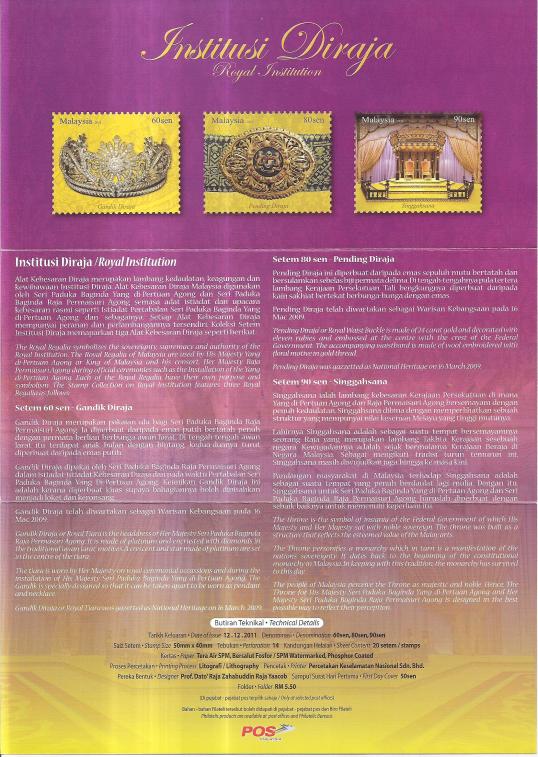